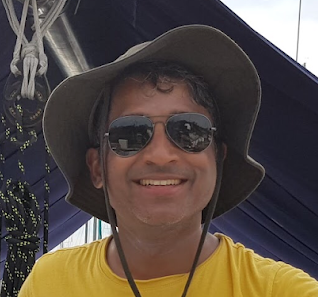 The Rust ecosystem comes with all the tools you need to call into a C Library. This is a great way to use existing libraries in your Rust application or library and also a nice way to introduce Rust to parts of your application.

In this tutorial, I will show you all you need to do in order to plug a C Library into a Rust library which you can then use in your application. The source code of the library is included in the project and the tutorial also covers building C sources from the Rust build system.

I recently had to parse some ASN.1 encoded data. The Rust crate for ASN.1 rust-asn1 was unable to parse my ASN.1 specification. The asn1c project could handle the ASN1 specifications I wanted to use. Asn1c generates standalone C code without any additional library dependencies. This is a fantastic approach that makes it very portable. Kudos to Lev Walkin for this nice project.

Our goal now is to build a Rust library that can encode and decode IEEE 1609.3 UPER packets. You should be able to use the same steps for any ASN.1 specification you may have, as long as asn1c can handle it. Let’s get started.

Show me the code!

You can skip the explanation and jump right to the source code at https://github.com/sjames/ieee1609dot3codec-sys.git.

Let’s create the project. Remember, we are creating a library.

Install asn1c. We could get fancy and download and build asn1c from within our project, but that will overload this tutorial. Follow instructions here. Ensure that asn1c is in your path. I recommend you build the latest version from github instead of getting it from your distro package manager.

Copy the ASN1 definition into our project.

We could generate the code separately and check-in the generated source into the tree. A cleaner way is to check-in just the ASN1 specification and then generate and compile the source programmatically.

We need a build.rs to set up things before we start compiling Rust code.

Build this using ‘cargo build’. If the build is successful, you will find a bunch of generated C source files and headers in the OUT directory. The actual folder name will vary on your computer of course.

Let’s extend the build.rs to now build these files so that they can be linked in to your Rust application.

First, update Cargo.toml to include cc in the build-dependencies section.

With these few lines of code, you have generated and compiled the C code. The library will get linked with any application that uses this library. Now we need to figure out how to call the C Codec APIs from Rust.

All we need to do is define each C Api and type using Rust as explained in https://rust-embedded.github.io/book/interoperability/c-with-rust.html. Writing this manually is a pain when you have hundreds of functions and types. Here comes bindgen to the rescue.

Bindgen to generate unsafe Rust bindings to your C files

Start by adding bindgen to Cargo.toml

Add the following lines to use bindgen to generate the bindings. You may need to add additional flags and headers. Here, for example, we add the out_dir into the include path. I also had to forcefully include sys/types.h and stdio.h. Probably due to a bug in the generated code.

Run the code now and the build should succeed. You will also find a bindings.rs created in the build folder. This contains the generated rust bindings.

We’re now done with build.rs, and are now ready to start writing some code for the library.

Include the generated bindings into the library

So far, we have compiled the C sources and generated Rust bindings to call into the C api. Before we can start making call via the bindings, we need to include it into the library sources. Rust has an include! macro that allows you to include other files into your source code. Add this line into the lib.rs

Thats it! The generated bindings are now part of lib.rs. We can start writing some tests to ensure that the library works as expected. The allow macros are to disable warnings for the generated types which may not use Rust’s preferred naming conventions.

Let’s take the generated bindings for a spin by writing some tests. For now, lets start with a single test to encode some data into a 1609.3 frame. lib.rs now looks like this.

This seems like a lot of code, but most of this is just initializing the structure before it is encoded. Initializing a complex structure like this in C can be error prone. With Rust, it is impossible to create a structure without initializing all its members. The function create_short_msg_npdu on line 23 creates the structure for the PDU and populates all the fields. The test function encode_short_msg_n_pdu encodes the structure using the uper_encode_to_buffer api from the codec. This is a C function. The binding for this function is part of the lib module that is included by the include! macro in line 6.

FFI calls are unsafe as Rust cannot enforce safety inside another language. So any calls to C functions have to be in unsafe blocks. Usually a Rust safe wrapper is written to wrap around all the unsafe C calls. It is possible to combine the safe wrapper and the unsafe bindings into one crate, but the convention is to split them into separate crates. A crate name postfixed with “-sys” usually has the generated bindings and the “-rs” is used to signify the safe Rust wrappers around the unsafe bindings.

We have now created a Rust library that exposes all the C APIs as unsafe Rust functions. Encoding seems to work fine, but we have one big problem to solve before we implement the decoding.

The asn1c codec allocates memory using the C malloc api. The decoded structure we get back from the asn1c is thus not allocated by Rust and this is going to cause errors when a decoded structure goes out of scope. We need to do something so that the asn1 APIs are called for freeing structures created by the library instead of the Rust deallocator.

In this second part of the tutorial, we will ensure that structures that are allocated by the asn1c library can be safely used in Rust code. The correct deallocator for the structure will be used when it goes out of scope.

Each asn1c generated type has q type descriptor. The de-allocation function for the type is part of the descriptor.

The syn crate parses Rust code and allows you to iterate over the token tree. We want to generate some additional code in bindings.rs.

Let’s create a trait for all asn1 types. The ASN1GenType trait has just one method to get the reference to the type descriptor.

Next, we need to implement the trait for all the generated types. We could do this manually but of course we can do better. Lets update the build.rs to generate the trait implementations in the generated rust bindings.

All we have to do is parse the bindings generated by bindgen, look for the types of interest, and then spit out the trait implementation for that type. The syn crate makes it a breeze to parse Rust code.

Modify the main function to call the generate_traits function before writing the generated contents into a file.

Now we have the ASN1GenType trait implemented for each of the types we are interested to serialize or deserialize. Now to put some use to these traits.

We create a type called ASNBox. This type works very similarly to the Box type. The difference is that you can tell this type about the origin of the internal type. If the internal type is allocated by the ASN1 codec, then the correct deallocation function of the type will be called. This is achieved by implementing Drop for the ASNBox type. Lets see how this looks.

The ASNBox is generic over all ASNGenTypes. The type has two allocation functions. The first for normal Rust allocated types and the second for types that are allocted by the ASN1 codec.

The drop function implemented on ASNBox checks the allocation source. If it is allocated by the ASN1 codec, it uses the trait function get_descriptor to access the free function for the type.

Let’s also implement the Deref and DerefMut traits to make the ASNBox type convenient to use.

Phew, we needed to do quite a bit of work to handle decodes cleanly. Lets now use the new code we have to implement the decode in the test function. This was totally worth the effort as you can safely pass the decoded structure around without having to worry about memory leaks.

First lets write safe wrappers around the encode and decode C APIs. We can write these as generic functions over the ASN1GenTypes.

Our test function looks much cleaner now. Since the encode and decode functions are generic, you can now safely decode and encode any type in the ASN1 specification.

We are done! You will now be able to include this library in your Rust application and be able to encode and decode ASN.1 data streams.

This was a great learning experience for me. There may be better ways to approach this problem and I’m keen to hear from you if there are other ways to achieve the same.

I’ve been doing systems programming for over 20 years and have programmed in C, C++, Python and dabbled in a few other languages. I find programming in Rust to be very productive and rewarding, more than what I felt with any other language. This is a true “full-stack” language.

The complete example is available on my github at https://github.com/sjames/ieee1609dot3codec-sys.git